The Chamber offers a variety of opportunities for its members to stay connected with each other and with the community. From informative programs, casual networking events and formal gatherings, a Chamber of Commerce membership provides instant access to community connections.

The Build Bentonville program boasts one of the most diverse attendee lists of any Chamber event with more than 125 businesses being represented.

With 34 people moving to Northwest Arkansas each day, Bentonville has quickly become a hot spot for serial entrepreneurship. Due to new technological advances, a biking mecca in our backyard, a hub for artists and makers, and an economy that is flourishing, our region has boundless opportunities for success.

During this lunchtime discussion, you will hear from leaders representing local arts and culture discuss the growth of Bentonville's entertainment scene and how it is making an economic impact on you and your business, bringing new talent to the area, and how it allows for a different and refreshing outlook on quality of life. 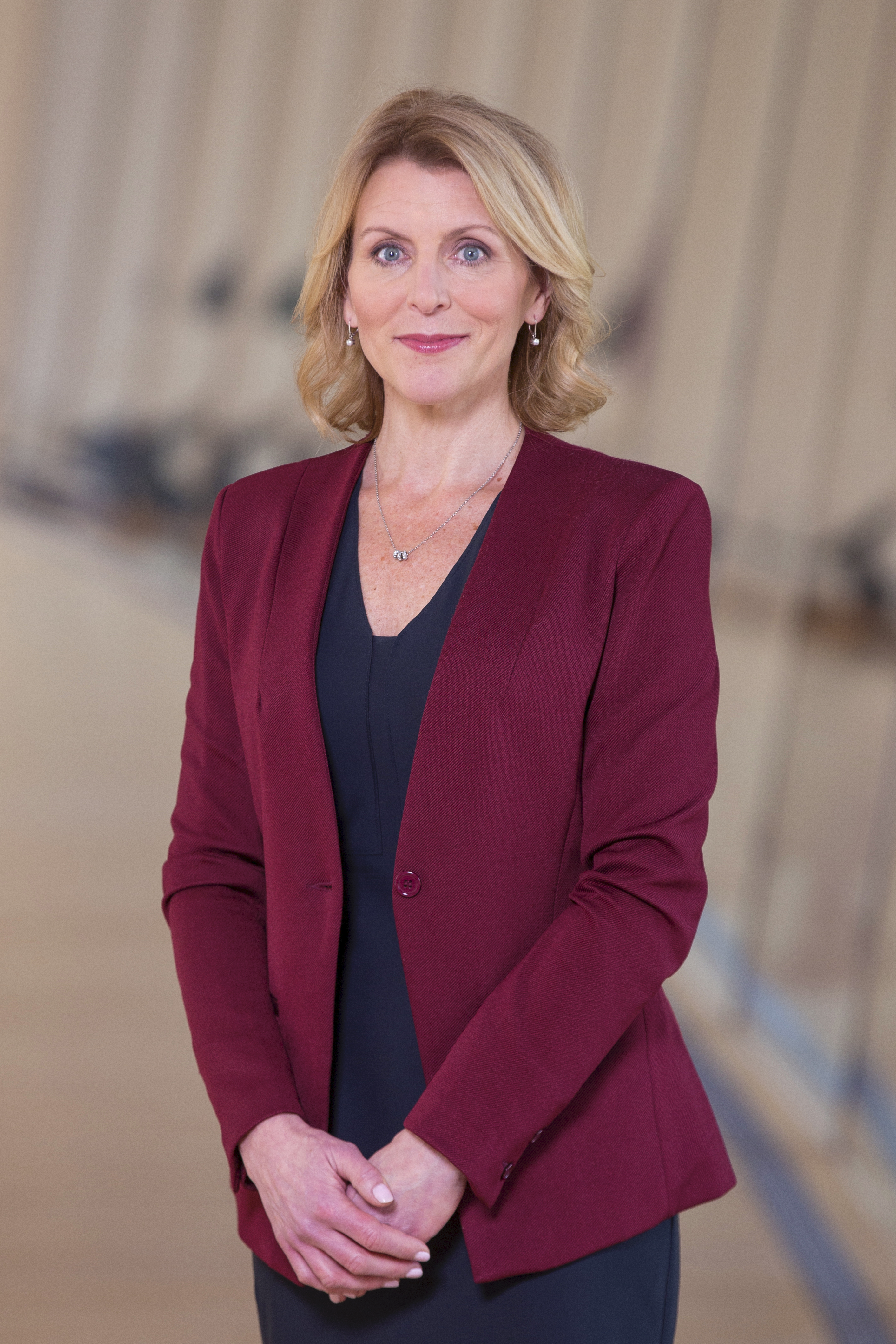 Carroll joined Crystal Bridges in 2012, directing the museum?s in-house teams during a time period in which the museum has gained acclaim within the national arts community and welcomed more than 4.5 million visitors.  Prior to joining Crystal Bridges, Carroll was an editor-in-chief with Network Communications, Inc., Atlanta, GA, and contributing editor for Hachette Filipacchi Media, New York, NY, and Meredith Publications, Inc., Des Moines, IA, focusing on art, architecture, design and landscape. Carroll also worked previously in advertising, marketing and public relations for an Omnicom Group agency in San Francisco.

Carroll holds a Bachelor of Arts degree in communications/journalism from the University of Dayton in Dayton, OH. She serves as a member of the Professional Advisory Board for the Fay Jones School of Architecture at the University of Arkansas, a board member of the Northwest Arkansas Tourism Association, and an advisor to Arkansans for the Arts. 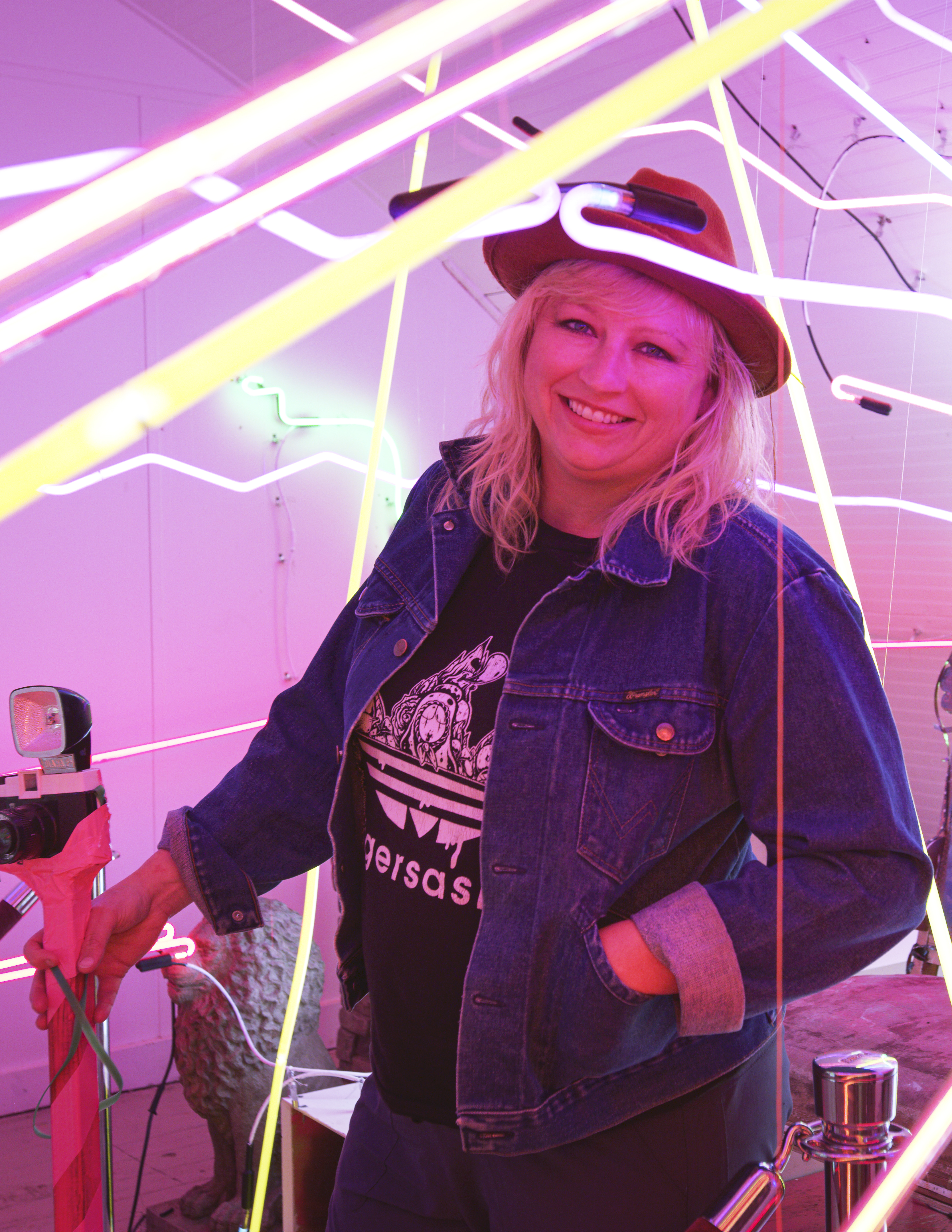 Kat Wilson is a fine arts photographer, painter, and multimedia artist based in Northwest Arkansas, where she is Co-Founder of Bottle Rocket Gallery. After earning her Master of Fine Arts at the University of Arkansas School of Art, Wilson gained national success with her Habitats series of digital photographs, which, like her current #SelfieThrones and Warrior Women series uses centuries-old compositional devices to create a sense of transcendence. Wilson's work has been published in Communication Arts, the Los Angeles Times, and The Washington Post, and displayed at Crystal Bridges Museum of American Art, and The Louvre, among others. 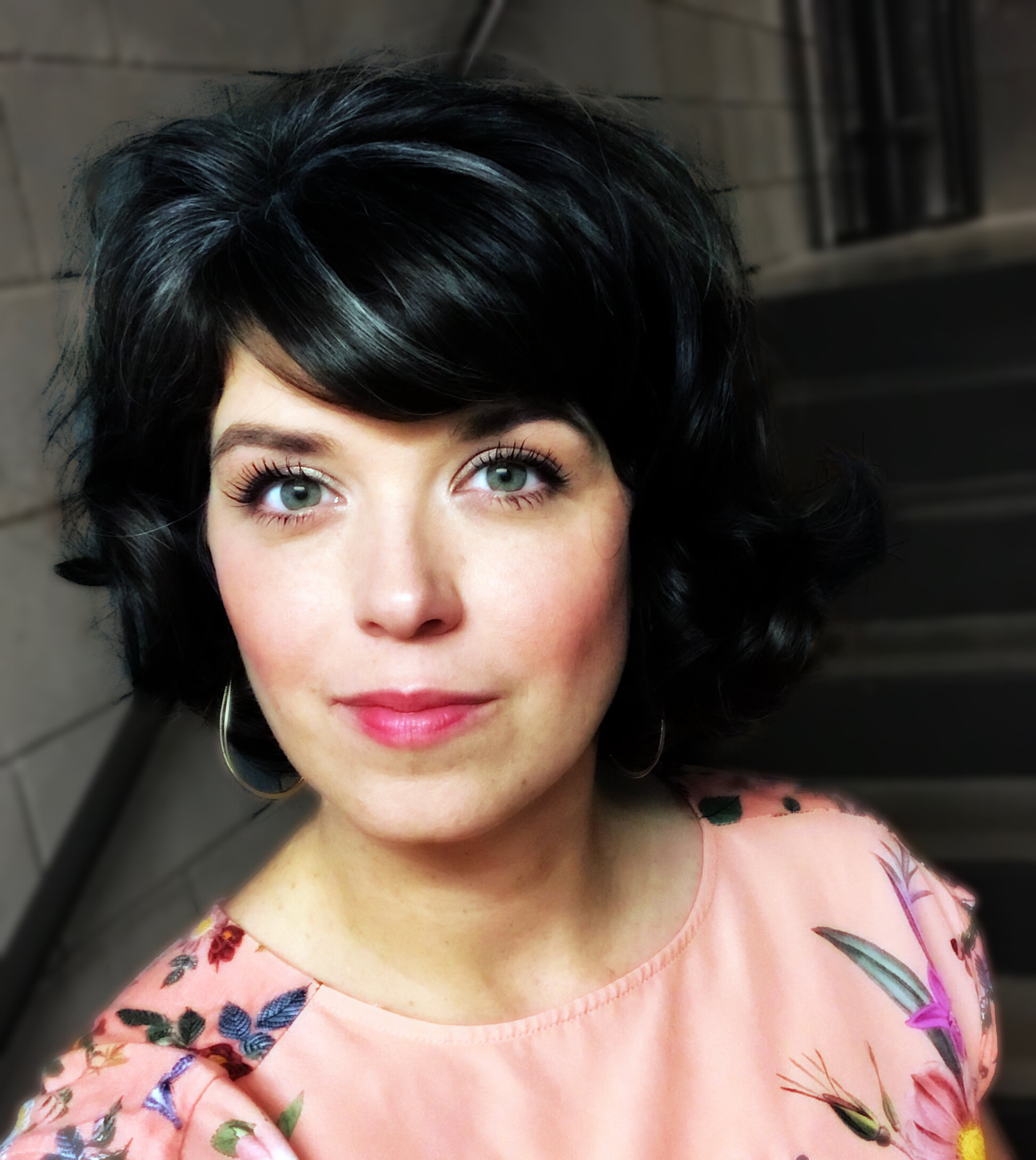 Joanna Bell joined TheatreSquared in 2017. As director of programs for the American Theatre Wing, founder of the Tony Awards, she oversaw programs ranging from grants, awards, professional development initiatives, Emmy-nominated media productions, and national partnerships during a ten-year tenure with the New York-based organization. She holds an MA in arts administration from Columbia University, NY, and a BA in English and Theatre from James Madison University, VA. 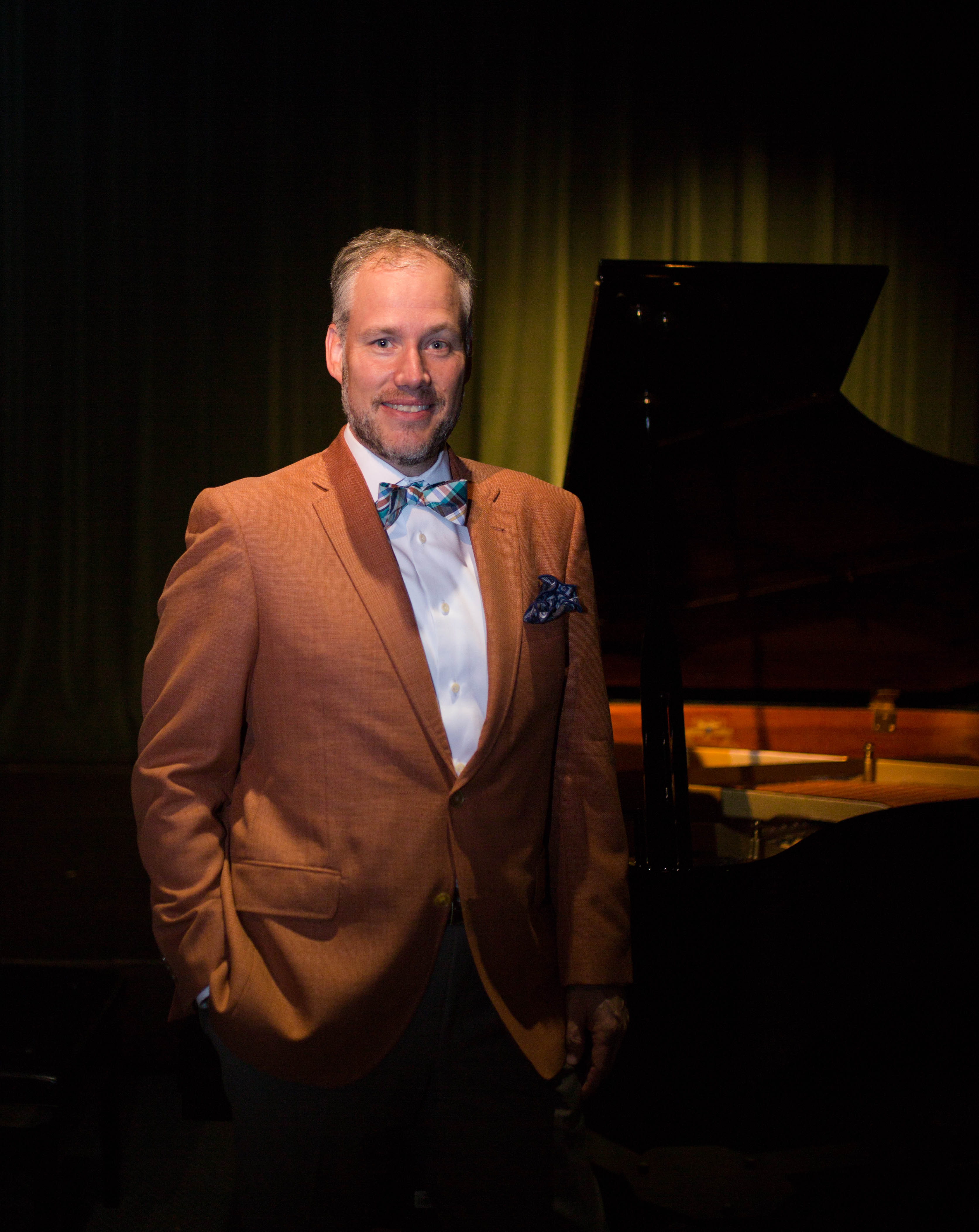 Jason Miller joined the Arkansas Philharmonic Orchestra as Executive Director in 2015.  In this role, Jason has led all facets of the professional orchestra and youth orchestra (APYO). He has built many collaborative partnerships with fellow arts organizations and been an advocate for out-of-the-box thinking as it relates to access and programming in the arts.

Together with his wife, they are the founders of the largest charity drag show in the state, Bentonville Follies, prompting diversity and inclusion.  Proceeds from the show benefit a variety of local nonprofit organizations. 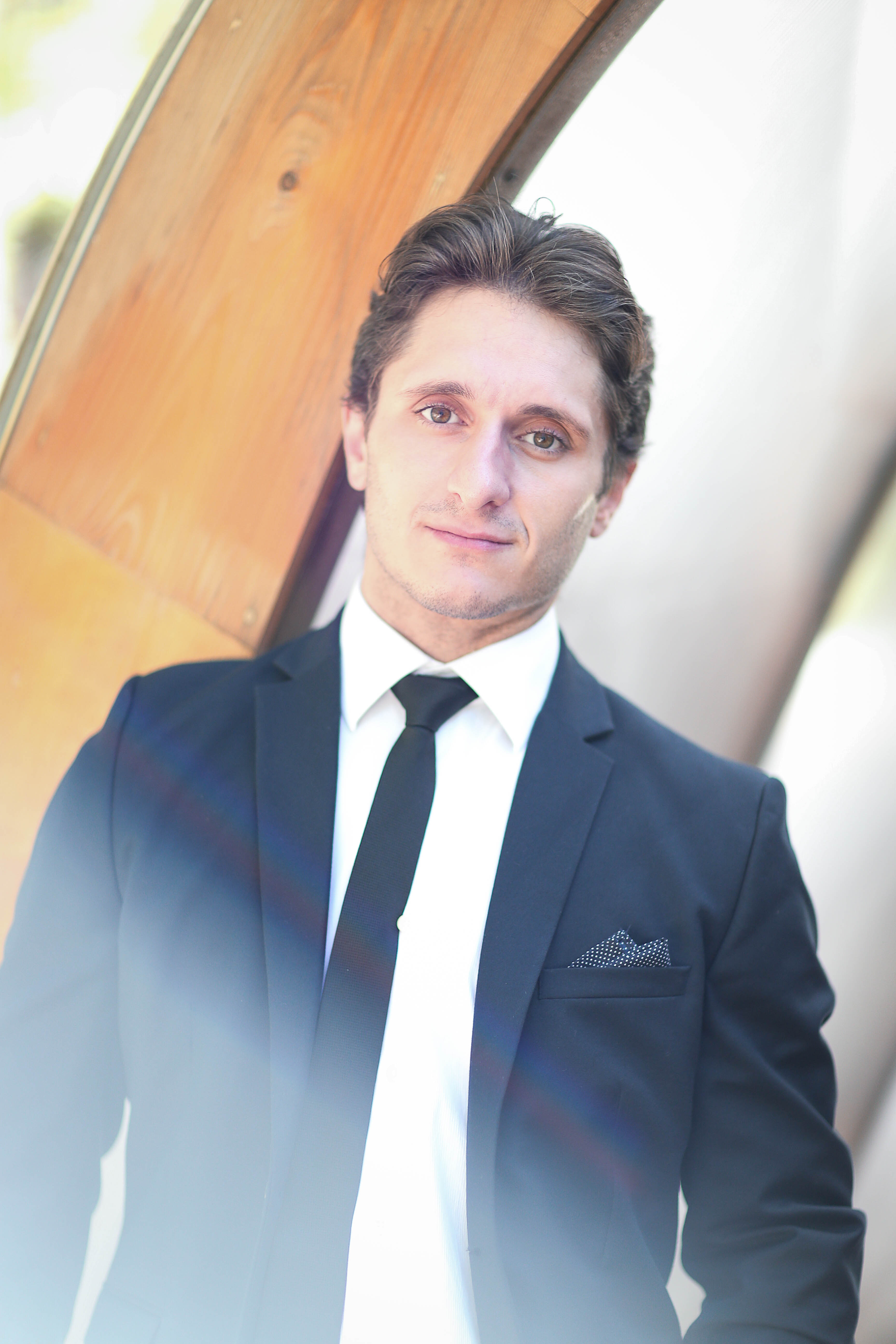 Originally from central Maine, Ryan began his training at the age of 16. After a year of studying under renowned Kirov dancer, Andrei Bossov, he joined the Royal Winnipeg Ballet's Professional Division on full scholarship. During his time in Winnipeg, Ryan, had the opportunity to work with many international choreographers, as well as create three of his own works. While still a student he danced several performances with the company, including soloist roles in the Nutcracker. In 2005 Ryan was asked to attend the Banff Summer Arts Festival where he performed the principle role in Fernand Nault's Carmina Burana. Ryan would go on to dance for Festival Ballet of Providence, Eugene Ballet and Ballet Idaho; he was promoted to principle dancer in 2011. In 2012 Ryan joined Kansas City Ballet where he danced many principle roles and upon retiring in became the Kansas City Ballet Second Company Manager. Ryan has performed as a guest artist with Oklahoma City Ballet, Royal Winnipeg Ballet, Boise Dance Co-op and Festival Ballet of Providence. He has performed works by choreographers such as George Balanchine, Vicente Nebrada, Devon Carney, Hans Van Manen, Rudi Van Dantzig, Adam Hougland, John Neumeier, Helen Pickett and Yuri Possokhov.

Featured Art:
The #SelfieThrone project stems from Wilson's interest in how digital technology and social media have impacted the work of professional photographers. Wilson invites participants to sit on the throne and take photos using their phone cameras, then share the photos on social media using the hashtag #selfiethrone. In this process, the artist controls the lighting, subject matter, composition, and content of the photographs, but doesn't take the photos herself. In this way, Wilson makes way for amateur photographers to engage with fine art photography elements.

Keep checking back for more updates.

There will be a Q&A session following the panel discussion.

Registration is required. If you have any questions or are interested in sponsoring this program, please contact Evan Gray at the Chamber.
479-273-2841 or egray@greaterbentonville.com